Performative arts, dance and theatre holds great potential for telling unseen stories. Embodied performance can initiate a learning process into reality-based experiences of people who have been subjected to extreme oppressive circumstances.

Performative arts, dance and theatre holds great potential for telling unseen stories. Embodied performance can initiate a learning process into reality-based experiences of people who have been subjected to extreme oppressive circumstances.

In this process it’s important to pay attention to which stories will be gathered as well as the structure and flow in which they are told. Why? Because often when we view stories about populations of people who have been marginalized because of their socio-economic location, such as their race, physical or mental ability, gender, sexual orientation, Indigeneity or age, the narrative tends to focus on the nature of that marginalization rather than the causes and context in which it arises. The problem arises when, in the absence of the back story, the individuals or groups of people become defined by their marginality and objectified as victims. Instead, it’s more effective to enable deeper insights into what has brought people to these situations and how they subsequently enact personal agency and collective resistance. Without the knowledge of the larger context of oppression, we are left with limited conceptualizations of the “other’s” experiences, divorced from our shared humanity and felt knowledge.

To achieve this more fulsome narrative we need to come onto the stage with a deeper knowledge and understanding of the circumstances about what we’re about to describe, comment on and ask the audience to think about. This is what Roshanak Jaberi, artistic director of Jaberi Dance Theatre, is attempting to do with her company’s latest inter-disciplinary production, No Woman’s Land. The work offers an exploration of the multiple forms of violence that women face in refugee camps and represents one of the results of a three-year initiative that examines the lived experiences of refugee women, before, during and after the camps.

By addressing the impact of forced migration and displacement Jaberi uses dance as a point of entry into the creation of the work and augments the narrative with original and verbatim text and multi-media. She also draws on her personal experiences as a former refugee and survivor of war to look at the long-term impacts of trauma to both inform those who have no connection to these experiences and empower those who do.

Jaberi’s interest in social justice driven dance work is rooted in her 2010 project Behind the Stained Walls, which is based on the real stories of Iranian political prisoners. In 2009, she was introduced to Dr. Shahrzad Mojab at the University of Toronto, who guided her research through interviews with former political prisoners now settled in Canada, as well as prison memoirs and the testimonies of survivors.

Jaberi approached Mojab and myself to collaborate. As a community-based researcher and theatre/film artist, she was certain that I could be of help when negotiating the issue of violence against marginalized women, particularly refugee women. It was evident from the onset that if our project team wanted to create an authentic understanding of the stories of refugee women, that the best approach would be to ensure that those who experience the social problem – refugee women themselves – needed to lead in the formulation of the storytelling.

To facilitate this approach, we designed a community-based research process using focus groups with women from the Tamil, Syrian and Somali communities in Toronto. These three ethno-cultural groups were selected based on their history of conflict and resulting refugee and migrant experiences prior to settlement in Canada. Community-based researchers were selected for their work in each of these communities, a choice that was based on the trusting relationships these workers have with the women who participated in the research. The groups were also conducted in the women’s own languages. Prior to the focus groups the project team worked with the community-based researchers to ensure that the stories were collected and recorded in an ethical manner. The type of information sought differed from traditional applied research. For example, we wanted to find out how the women felt about the difficult situations that they were in; we also were looking for information on the daily life in refugee camps and the threats women encounter going about their daily activities. This information was then mobilized in the physicalization of creating place and setting and translated to elements of dance and theatre.

No Woman’s Land understands that the art form of dance does not offer strategies that will tackle complex, historically entrenched systems of oppression; however, the project team believes that dance can be a powerful tool to reveal the nuances in often concealed experiences. This work can trigger emotions and new ways of thinking that could possibly move people in the direction of larger political advocacy, policy and community organizing work.

No Woman’s Land is produced by Jaberi Dance Theatre in partnership with the Institute for Research and Development on Inclusion and Society (IRIS) and Dr. Shahrzad Mojab. 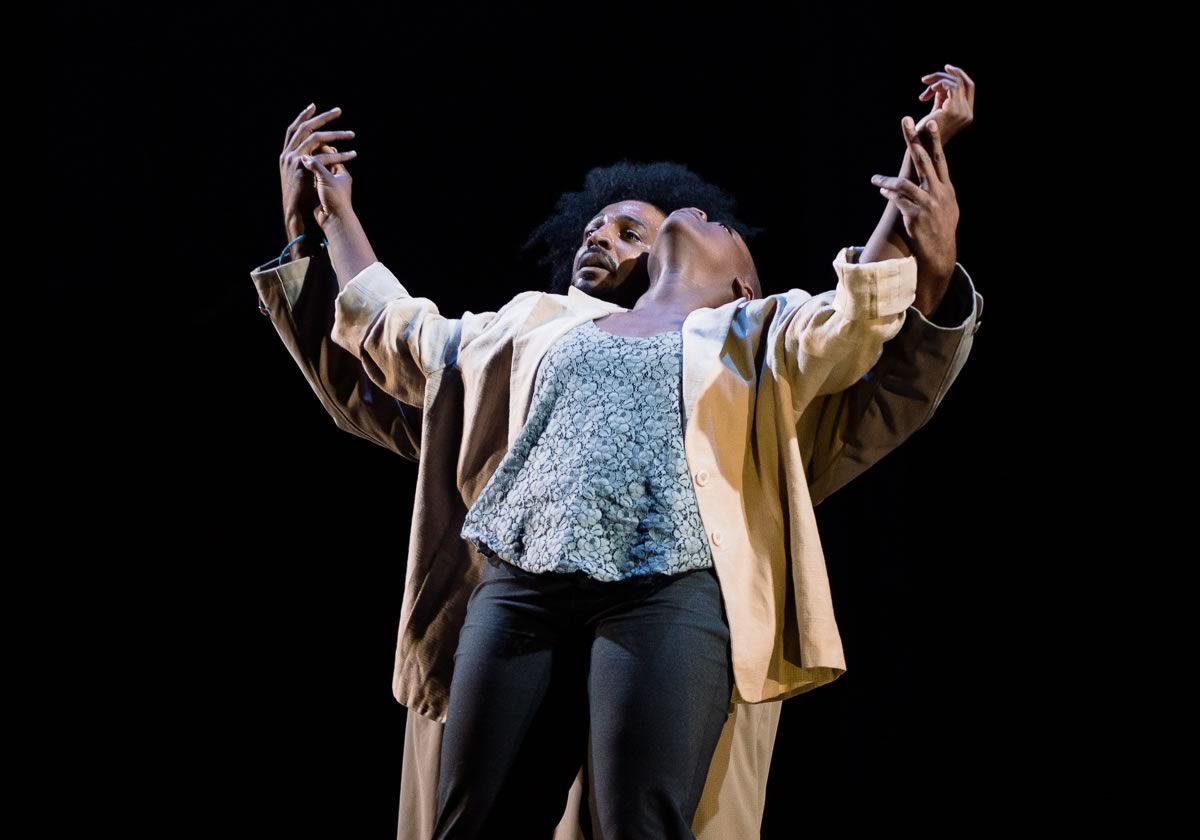